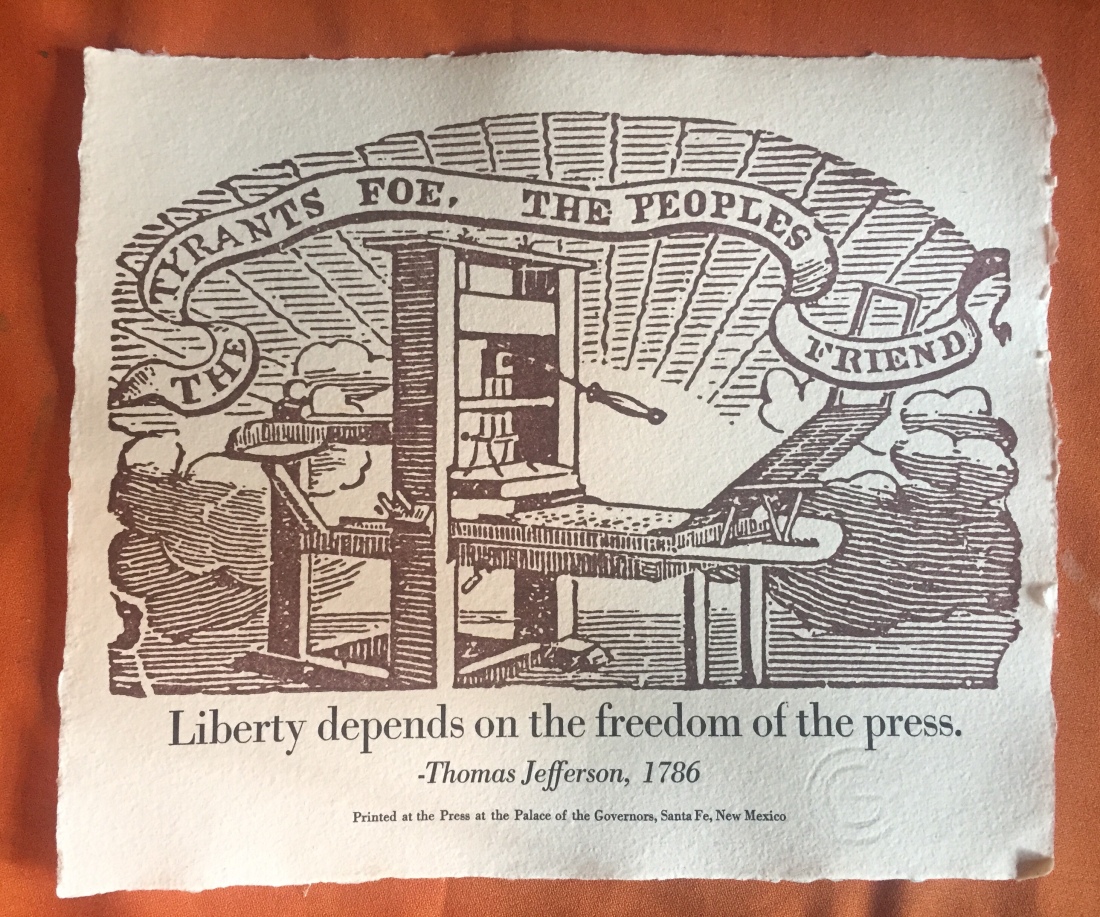 The phrase, “enemy of the people,” originated in Roman times, and it’s modern usage was prevalent in Marxist/Leninist states, Nazi Germany, and during the Blank Panthers’ internecine disputes – until now, when the U.S. President has put it to use against the press, including while providing aid and comfort to a dangerous enemy and tyrant, Putin of Russia. These are the times in which we are living.