Ten years ago, Jeffrey Putney was almost 40 and about to start life on the lam, thanks to his alleged part in a massive coast-to-coast illegal pot conspiracy based in Baltimore. When the chips began to fall in March 2009, Putney, driving his Toyota 4Runner out of Fells Point, unwittingly led law enforcers to the location that blew the case open: 3522 Hickory Ave. in Hampden, where they found evidence of the many, many millions of dollars the enterprise generated and needed to launder. Putney was arrested on Baltimore City charges, released, and disappeared. 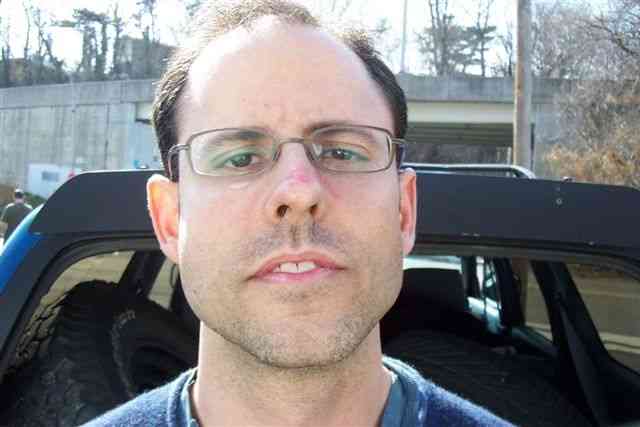 (Jeffrey Putney, in a photo taken before he fled federal charges unsealed in 2010, and provided courtesy of the U.S. Marshals Fugitive Task Force.)

On Jan. 11, Putney reappeared in a federal courtroom in Reno, Nevada, putting an end to his long run as the last remaining fugitive of the federal pot-dealing-and-money-laundering conspiracy led by Matt Nicka, who was picked up in Canada in 2013, not long after another top defendant, David D’Amico, was extradited from Colombia. Nicka, his wife Gretchen Peterson, and D’Amico pleaded guilty and were sentenced in 2016, and Nicka is now serving a 15-year prison sentence.

The case involved 16 defendants in all, and all pleaded guilty except for two: pilot Keegan Leahy and Baltimore nightclub impressario Daniel McIntosh, whom jurors found guilty of some, but not all, of the charges against them. Leahy’s prison term ended in 2015, and McIntosh is scheduled for release in July 2020, according to U.S. Bureau of Prisons records, while another defendant, Anthony Marcantoni is set to be freed a month later. Many of the defendants have already served their sentences and moved on with their lives.

Putney is accused of helping the Nicka conspiracy move quantities of cannabis around, which is exactly what he allegedly was doing when he drove to the Hampden house and dropped off three boxes he’d obtained at Aliceanna and Bond streets in Fells Point from Adam Constantinides, another co-defendant, who was released from his prison stint in 2016. Constantinides, meanwhile, had picked up the boxes at a storage facility on Wilkens Ave. to deliver them to Putney.

“During the surveillance,” investigative documents filed in the case state, “Constantinides and Putney constantly used counter-surveillance techniques, including driving down dead-end streets, making frequent U-turns, and cutting through parking lots.” Testimony at the Leahy-McIntosh trial also described Putney allegedly involved in unloading pot stashed in golf bags from an airplane at Martin Airport in Baltimore County.

After Putney was observed dropping the boxes at the Hickory Ave. house and was arrested, agents got a warrant to search the property and found almost 100 pounds of pot, about 30 cell phones, four money-counters, two scales, $20,000 in cash, money wrappers, drug tally sheets reflecting transactions involving more than $1.5 million, documents about an aircraft purchase, and paperwork about prices and amounts of drugs and the names of customers and suppliers. It was the mother lode that helped break the case, and Putney led them right to it.

FSC discovered the fact of Putney’s recent arrest by chance, while at the Baltimore federal courthouse yesterday searching PACER, the federal court-records database, to see if federal prosecutors in Maryland had any open pot-conspiracy cases on the dockets. It appears they do not, and FSC has asked the Maryland U.S. Attorney’s Office to confirm that fact and provide any available details about the circumstances of Putney’s arrest. FSC will update when and if new information comes to light.