One day after moving uptown to a new neighborhood, an old friend accosted me on the street. I recognized him right away as Mr. Charles Ottman, one of the firm Ottman & Co., well-known butchers of Fulton Market.

He said, “I saw you before, but wasn’t sure it was you.” He always spoke with a slight German accent. “Come in anytime, I live around the corner; I’ll be glad to see you.” Thereafter I spent many a pleasant evening there.

I was gloomy, had lost out every turn made, it seemed to me, but I never told him. Long afterward his brother-in-law, who had charge of his business affairs as secretary, and with whom I became acquainted, used to spend much of his time on his rounds sitting in my office and telling me stories. And he could tell them – though the Germans tell a story just like the Irish.

[Background: here’s the preface, forward, and notes from the editor of R.L.W.’s memoir; here’s his account of his upbringing through medical school;  here’s when he self-inoculated with tuberculosis and went off to Paris with a charlatan; here’s where he  treated typhoid, learned to dance, theorized, and sutured guinea pigs together; here’s where he contracts cholera and hooks his uncle up with testicular juice; here’s his misadventures in self-publishing while treating a slow-motion suicide-by-drinking; here’s where he hangs out with a magician and a vaudevillian; here’s where he recounts his singing career; and here’s a piece I wrote for New York Press upon first reading the memoir.]

When I explained the failure of the Migraf [a machine to photograph microscopic objects on which R.L.W. worked for many years], he said, “Well, why don’t you tell Mr. Charles about that?”

I never did, but one evening when I went to his house he had a Catholic priest as a visitor, and as I entered, the priest said, “Here is your doctor, I will go.”

“Well,” he said, “I didn’t now you cured people, I thought you examined for doctors. You come over here tomorrow. My doctor has discharged me as cured. He came and measures my chest, goes away, comes and measures again. Two weeks ago he says I am well, and I’m not better, but worse.”

He was coughing, and breathing with difficulty, and had not been out in a long time. When I went back he said, “You examine me all over, I’ve got plenty of money. Tell me what to do and I’ll do it. Don’t tell me what’s the matter with me, nor when I’m well. When I feel better, I’ll tell you.”

I followed his instructions, and by hook or crook he made a quick recovery. Finances never bothered us. I told him if my bills were not right to let me know. I never sent him a bill except by request, and there were never any remarks, they were always promptly paid.

I remember some time after this, his wife got pneumonia and recovered quickly. On opening a letter from him containing the check for the bill, there was also a note, saying, “Enclosed find check for the bill and $50 for saving the life of my wife.”

After he got well enough to go about, I used to go with him. I liked it, and would have gone more often, but my finances would not allow me to dress any too well, and socially I had never been much good. Besides, after being despondent for so long, it was difficult for me to work into any kind of society. But he liked to go to the Liederkranz Club and to bowl at the Turnverein.

After going awhile to the Liederkranz, it was decided that I should join. I feared I could not get in, could not pass, and my friend had not been aware before of my fondness for music. But I got in all right, as second bass, and have never regretted it.

I have acted, suing a solo “Old Black Joe” in a minstrel show there, as well as singing with the chorus on the phonograph. I love those German folk songs, always in German, of course. 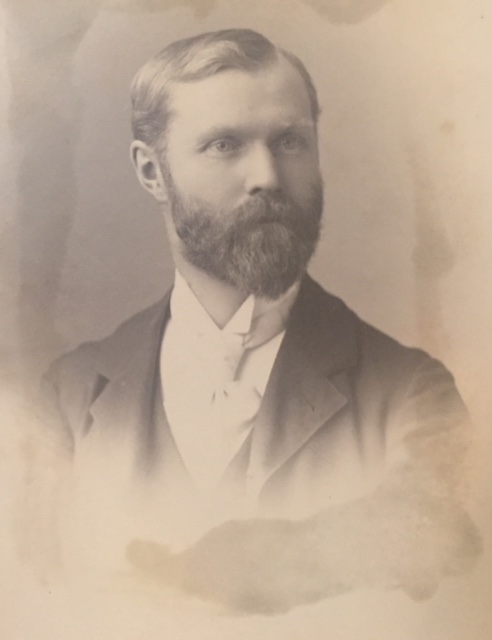 Charlie Ottman was one of the finest men, German or otherwise, I ever knew. And when one morning after shaving, without warning, he fell dead of apoplexy as he walked from the bath to the living room, I felt as bad as anyone.  but a doctor has no business to show feeling at such times.

He was buried from the Lutheran church, and at the grave the Masonic lodge, of which fraternity I was a member, performed the ceremony.

He was always, as best his health would allow, trying to do something for somebody, making somebody happy. He would bring people to me and say, if they happened to be apparently poor, “Be easy on them, if they don’t pay, I will.” He never had to pay for any, for his judgment of people was good.

Everybody liked him. He had friends everywhere.

I remember going to the tailor with him one summer day while he tried on a new suit. It was light grey, and he was a fine-looking man. We walked up Broadway, he with his new suit and cane, proud as the younger man he looked. Someone saw us, for the next day Mrs. Backhous, whom we met with her husband at the Club (these two were always at the Club together; he was the manager of Ruppert’s brewery), remarked, “I saw you going up Broadway yesterday with your little doctor.” Such remarks always pleased him.

17 thoughts on “A Story of His Life By a Man Who Has Never Gotten Anywhere: Robert Lincoln Watkins, M.D., 1863-1934. An Appreciation of a Butcher, Charlie Ottman.”